The Gospel Your Pastor Never Taught You, Part 5

Concluding the Parables of Matthew 13:

In Matthew 13, Yahoshua gave the people eight parables about what the Kingdom of Heaven is like. Each parable contained its own message. After Yahoshua gave the last parable, He was done teaching. He then asked the crowd if they understood what he had taught them and they said “Yes”.  So he gave them the gravity of their calling in the form of a parable: “51Jesus said unto them, have you understood all these things? They say unto him, Yea, Lord. 52 Then said he unto them, Therefore, every scribe which is instructed unto the Kingdom of Heaven is like unto a man that is a householder, which brings forth out of his treasure things new and old.” The people who answered yes are claiming to understand the parables that went forth. What did they understand? In verse 52, Yahoshua is telling them what they are claiming to understand by their “yes “answer. Now that they have learned what the Kingdom of Heaven is like, He is now turning His focus to the workers in the kingdom, after spending a few hours instructing them. 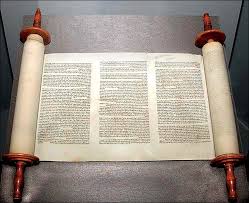 Now that you have been instructed about the Kingdom of Heaven, and you have claimed to understand the teachings by your “yes” answer, you are now in the position of scribes because you have been given specialized knowledge about the Kingdom of Heaven. Therefore as a scribe you are like a householder, which is the master who holds a key to the house. Thus you are now holding knowledge, which is considered keys to the Kingdom of Heaven. The knowledge is the storehouse of treasure. Some of the treasure is old and some are new; however, the scribe is responsible to use both the old and new knowledge and connect them with increased understanding so that he can teach it to others. The greater his understanding the better he will be able to show the relationship and connection between the new and the old. Because the old covenant has been amended to show the fulfilling of the redemption portion of the law, the old law has now become renewed covenant to show the fulfillment.

The unedited full text of the Jewish encyclopedia, records the Hebrew meaning of the word “scribe” as “a teacher whose office it is to interpret the Torah for people.” You can visit the encyclopedia page at http://www.jewishencyclopedia.com/articles/13356-scribes It makes common sense that in order to interpret the Law, one must first understand the Law. So Yahoshua is being specific by targeting the “scribes who have been instructed unto the Kingdom of Heaven”. Thus, it becomes clear that the teaching sessions of the parables of the Kingdom of Heaven have been training sessions for the sons of the kingdom! These sons are scribes trained for the kingdom. They are the people who understood Torah the parables and the ones for whom the message is intended. They are the sons of the kingdom. These are not the existing scribes of the synagogue and the Sanhedrin, they are new recruits from among the people who have been looking forward to the Messiah and are accepting of Yahoshua. As the scribes of the new kingdom they are expected to be Torah observing, with understanding great enough to teach and interpret the Torah to others.

Only the scribes will hear the word of the kingdom and understand it. By teaching the word 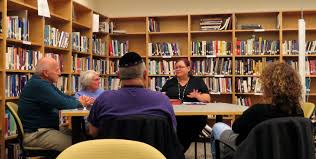 he will bear fruit (make disciples) and yield a hundredfold, sixty-fold and thirty-fold. The process of multiplication begins as more disciples are made. This teaching would have increased their understanding of the hidden things so they can teach it to others. Could this be a recruitment of officers for the new kingdom? As you can see, the people who will be sons of the kingdom are those who 1) accept Yahoshua as Messiah and Master, and 2 obeys Torah and will apply their understanding to make disciples by teaching others about the Old and the Renewed covenant.

Parable #1: The Sower: taught the people that the Kingdom of Heaven operates on the principles of seed time and harvest; and that the harvest is produced only by a few who grow in understanding of the kingdom message.  Though the opportunity to bear fruit is

Note what John the Baptist said in Matthew 3:7-10 to the Pharisees and Sadducees: “7 But when he saw many of the Pharisees and Sadducees coming to his baptism, he said to them, “You brood of vipers! Who warned you to flee from the wrath to come? 8 Bear fruit in keeping with repentance. 9 And do not presume to say to yourselves, ‘We have Abraham as our father,’ for I tell you, God is able from these stones to raise up children for Abraham. 10 Even now the axe is laid to the root of the trees. Every tree therefore that does not bear good fruit is cut down and thrown into the fire.”

Parable #2: A Man Who Sowed Good Seed in His Field (Parable of the Tares):

“37 He answered and said unto them, He that sows the good seed is the Son of man; 38 The field is the world; the good seed are the children of the kingdom; but the tares are 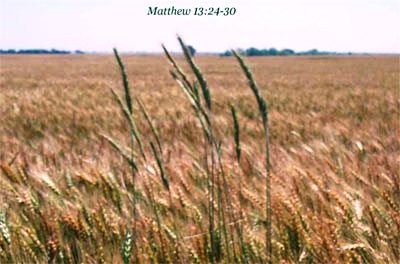 the children of the wicked one; 39 The enemy that sowed them is the devil; the harvest is the end of the world; and the reapers are the angels. 40 As therefore the tares are gathered and burned in the fire; so shall it be in the end of this world. 41 The Son of man shall send forth his angels, and they shall gather out of his kingdom all things that offend, and them which do iniquity; 42 And shall cast them into a furnace of fire: there shall be wailing and gnashing of teeth. 43 Then shall the righteous shine forth as the sun in the kingdom of their Father. Who hath ears to hear, let him hear”.

You may recall John the Baptist said of Yahoshua in Matthew 3:11-12, “11I baptize you with water for repentance, but he who is coming after me is mightier than I, whose sandals I am not worthy to carry. He will baptize you with the Holy Spirit and fire. 12 His winnowing fork is in his hand, and he will clear his threshing floor and gather his wheat into the barn, but the chaff he will burn with unquenchable fire.” Yahoshua used similar words in the parable above.

You may ask, how does a Scribe becomes trained? Yahoshua told His disciples in John 14:26, “26 But the Helper, the Holy Spirit, whom the Father will send in my name, he will teach you all things and bring to your remembrance all that I have said to you.” This verse tells us that every Scribe trained for the Kingdom of Heaven must be baptized in the Holy Spirit and fire!

According to the Jewish encyclopedia http://www.jewishencyclopedia.com/articles/13356-scribes  teachers of the Torah are the Scribes. In Matthew 23 Yahoshua tells us not to obey the Takanot and Ma’asim (the reforms and additions to the Torah) of the Pharisees.  In this chapter, Yahoshua rebukes and reprimands them severely because of their Takanot and Ma’asim.  It appears that Yahoshua is recruiting scribes to be trained for the Kingdom of Heaven. Throughout his ministry, Yahoshua has been antagonized by the scribes and Pharisees continuously because he has been challenging their interpretation of the Torah. They accuse Him of breaking Torah and He is able to show them that He is not breaking Torah; however, he is not obeying their Takanote and Ma’asim (man-made additions and changes and private interpretations) of the Torah.

Thus, in verse 52 Yahoshua is implying that the sons of the Kingdom of Heaven are Scribes trained for the purpose of training others in the Torah. This new Scribe is in the position of authority like the master of a house. This is a honored position because he holds the keys to the house. He can differentiate between the old and the new treasure, which are the Old covenant and the Renewed Covenant.

Being our teacher and the greatest teacher of all times, Yahoshua knew that the information he was sharing was a hidden secret that was not to be shared with everyone. Have you ever heard of hiding in plains sight? Then this was an overt way of accomplishing a covert mission in public. Basically, He was saying to the sons of the kingdom, “for your eyes only”. Yahoshua had a mission to the lost sheep of Israel, so the message was directed to the few within the group who had ears to hear, eyes to see and a heart to understand. These are the ones who would hear the message, and follow through to action. This is why he started out with the parable of the Sower. The Good Soil group was the choice group though it made up a very small portion of the seeds that were planted yet it was the only group to produce fruit. 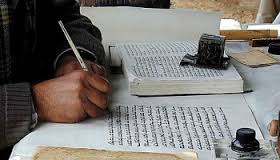 Understanding Torah comes through obedience to the commands of Yahovah. We must teach obedience to Torah because our obedience is an expression of our faith in Yahovah.

The apostle Paul in Acts 26:18-23 is an excellent example of the Scribe that Yahoshua is recruiting for the Kingdom of Heaven. He is adept in the Torah, and with the help of the Holy Spirit, he was able to impart knowledge and open the eyes of people to the scriptures so they may turn from darkness to light and from the power of Satan to God, that they may receive forgiveness of sins and a place among those who are sanctified by faith in Yahoshua,  to the treasures of the scriptures, the reality of the power of darkness, to expound on the difference between the Old Testament and the Renewed Covenant, the prophecies concerning the Messiah, the law of grace, mercy, faith and redemption in the Torah, to teach clearly so the person can choose the power of Yahovah to deliver them from darkness.