The Gospel That Yahoshua Preached

Many Christians will tell you that the definition of the word gospel is “good news” and that the gospel is the message about the death burial and resurrection of Yahoshua. However, the word “gospel” is not exclusive to Christianity. In the Roman Empire, whatever Caesar spoke from his lips, whether it was a charge, decree, or a regular speech, it was considered gospel which tells us that whatever he spoke could not be challenged. That’s why it was so effective for the Pharisees to take Yahoshua before Caesar to be tried and that Caesar make the final decree to crucify Him, because then the charge could not be overturned. As a result, the word “gospel” was already in the vocabulary of the population even before Yahoshua began his ministry.

Thus, the mission and purpose of Yahoshua was to bring a different gospel to the people. The gospel that He preached was not the gospel of the Roman Empire. Instead, it was the gospel of the coming Kingdom of Yahweh. His message was convincing and won over the masses. It also threatened both the political and religious establishment because He spoke with such wisdom, understanding, knowledge and authority that could not be challenged. His authority was greater than that of the existing authority in the empire and the synagogues, thus His words became gospel. Consequently the existing religious authority joined forces with the political authority to defame and remove His influence from the masses; still, their efforts failed because He arose with victory from the dead and there were witnesses to the fact.

At the time of Yahoshua ministry, the Jews were subjects of the ruling government, which was the Roman Empire. They were allowed to worship their God as long as they did not defy the Roman government. Romans could worship the gods of their choice, just as long as they also worshiped the Roman Caesar, who declared that he was a god to be worshipped and the people worshipped him. The official religion of the day was Emperor worship; this meant that it was a political offense to not worship Caesar. Refusing to worship Caesar (the Emperor) was seen as an act of treason, which was punishable by death. Anyone who did not worship Caesar was used as target practice in killing sports; and Christians were included in those to be killed. Forms of punishment included, crucifixion, torture, being burned at the stake, and being used as food for vicious, hungry animals. These punishments were severe because they were seen fitting for crimes of treason. 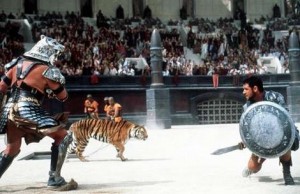 Yahoshua was crucified because his philosophy declared Jubilee for the people from the oppression of the political and religious burdens imposed on the people. This philosophy also threatened the political future and authority of the Roman government, which is a crime of treason; and his philosophy also challenged the credibility and political power of the Pharisees and Sadducees who claimed to sit in the seat of Moses.  The early Christians were willing to die for their faith in the Almighty Yahweh so they refused tobe subject to Caesar causing some to be persecuted while others were killed by the Roman government because the authorities saw the Christian religion as a threat to the state. Yahoshua disciples understood that Yahweh’s Laws took precedence over Caesar’s laws. In other words, by their action they challenged the political and spiritual authority of the most powerful government in the world at that time. Yahoshua taught to render unto Caesar that which belongs to Caesar and to Yahweh that which belongs to Yahweh. The disciples made it very clear that they would obey God rather than man (Acts 5:29.)

The gospel that Yahoshua preached was both political and spiritual. It gave hope to the masses for a time to come when they would live under a government where the political and religious leaders would not be oppressive and corrupt. He would be the King over the new government; the righteous political and spiritual ruler; and those who served under Him would also have His attributes to serve with compassion and righteousness. The economic, medical, social and political problems of the day would be history and justice, peace, love, joy and prosperity would be the order of the day because Yahweh’s laws and principles for living and ruling would be reinstituted as the law of the land (Proverbs 28-31). 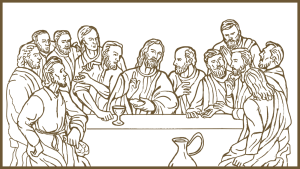 His cabinet would be those His father Yahweh has chosen to be involved because it would be the Kingdom of Yahweh and He would be the King appointed by Yahweh. The executive office of the Kingdom would be on His shoulder. The corrupt practices of the current government would be a thing of the past.  Yahoshua gospel was well received by the people and gave them a good reason to follow Him. Today, His gospel remains the same!  We are to spread His gospel to the world until He returns as King to set up His administration over the Kingdom of Yahweh here on this earth. As prospects for leadership in the new government to come, we are expected to do as He did and continue from where he left off, giving hope to the masses, reminding them of the coming Kingdom, which will bring an end to the kingdom of men. In doing so we must pray for the leadership of the government of our country, take action by speaking up in defense and support of the weak and defenseless, the widows and the orphans, ministering to the sick and incarcerated, feeding the hungry, providing resources to the homeless and abandoned, educating the ignorant, bring hope to the hopeless.

Friends, let us seek to announce the gospel of Yahoshua (Jesus)… the coming Kingdom of Yahweh, wherever we go and pray for the peace of Israel as we continue to pray “thy Kingdom come and thy will be done (Matthew 6:10).