The Bible: Not Always an Easy Read 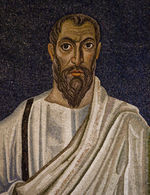 We were recently visited by two friends, former church acquaintances (we no longer attend a former church). The fellowship was very refreshing and the time passed very quickly. There were stories exchanged, songs sung, and a couple meals shared. A good time to be had for sure.

But one of the most striking things that came out of that meeting that has left me awestruck (even after the passage of several days) is the drought of pure Biblical understanding. Let me explain: these friends were pretty well-versed in the New Testament, especially in the writings of Paul. We hit on a number of topics, a few of them controversial. The one that drew the most robust discussion had to do with Paul’s prohibition of women speaking or leading in the Christian Church. I asked the group: why does our former church not allow women to address the congregation or preach or teach. The stern answer I received was of course that Paul forbid it. We were quickly shown the chapter and verse that when read it certainly at first (for that matter second or third) reading would suggest that a woman should be prohibited from preaching and teaching in churches. And to be honest, we for years were taught and believed this directive. But we come to understand in the last few years that this teaching is not as we once perceived it to be. Consider the actual passage and the subtle nuances of Paul’s prose that if missed by yester-year’s and today’s readers can easily lead to erroneous beliefs and understanding of the Truth:

“Therefore I exhort first of all that supplications, prayers, intercessions, and giving of thanks be made for all men…Therefore I desire that the men pray everywhere lift up holy hands without wrath and doubting in like manner also that the women adorn themselves in modest apparel with propriety and moderation, not with braided hair or gold or pearls or costly clothing…Let a woman learn in silence with all submission. And I do not permit a woman to teach or to have authority over a man, but to be in silence. For Adam was formed first, then Eve. And Adam was not deceived but the woman being deceived fell into transgression. Nevertheless she will be saved in childbearing if they continue in faith, love, and holiness with self-control.” (I Timothy 2-NKJV))

Wow, pretty harsh in terms of women in the church wouldn’t you agree? I’m sure we all know women in the church who are learned and charismatic and filled with the Spirit of the Most High, but who in most Christian churches of today are forbidden to address the congregation in the form of teaching, preaching, etc. And I’ll bet you dollars to a donut, if you asked the leaders of all of these churches why this is so they will point to this passage of the Bible. Essentially the overriding belief in today’s Christian church is that Paul said, we believe it, and that settles it for us!

We would not be so presumptive as to deny Paul his justly deserved authority and prominence in the Christian Faith. However, we equally are compelled to acknowledge that Paul was a man in every aspect of the word man. Certainly he was moved by the Holy Spirit to write his now canonized letters to the various churches he fathered. But at the end of the day, even he admits that he suffers from the same human tugs and pulls and frailties as any other man. So to elevate Paul to the status of Yehoshua our Lord and Savior is to bring about one’s own confusion and misleading in terms of Truth.

The one unique aspect of Paul’s many writings is that he consistently places himself as the capstone of the Faith: “Imitate me  just as I also imitate Christ.” In the true sense of the word Paul was a leader and there are a lot of positive things to say about that. However, Paul also makes it clear in his writings that he is putting forth his opinions and positions on the various issues he chose to address. In the above mentioned Timothy passage Paul states that “I exhort” and that “I would not” and “therefore I desire” as precursors to the specific directives he is stipulating. Never once does he state that the sacred Old Testament Scriptures of his day or that Yehoshua has taught and directs as he has stated in his writings. So it would stand to reason that one must have a clear understanding of what he or she is reading in the Bible before they decide to adopt the teaching as dogma or doctrine in their lives. Certainly one could argue that by virtue of his ordained position in the first century church, Paul had the right to postulate doctrine for the church. Yet equally so it follows the same line of reasoning that the Catholic Church has adopted in the papacy–such that the Pope has the authority to make church doctrine apart from Yahweh and Yehoshua.

So one could certainly argue that, for instance, a woman could preach and teach in the Christian church since Christ never forbade it. But in the same token, one could argue that Paul taught otherwise as revelation from the Son and that the church would be prudent to follow Paul’s lead. Indeed. But, at the end of the day, we are compelled to uphold the Words of our God Yahweh the Eternal and Yehoshua our Redeemer and follow accordingly. It is troubling to think that one should follow any man “as he follows Yehoshua” instead of following the Father and Son. Just throwing that out there. Blessings!