In recent months we’ve noticed a rather disturbing trend taking place in traditional Christianity, especially in the more charismatic circles of the Christian Faith. As more and more adherents/believers/Christians, if you will, are feeling the tug towards the Hebraic Roots of the Christian Faith, the church’s leaders are seeing and actually acting upon opportunities to take advantage of their members’ and followers’ interests in things Hebrew or more popularly, Jewish. And again, this seems to be more localized to charismatic churchianity.

It wasn’t but 3-short years ago that so-called Rabbi Ralph Messer, in a rather disturbing and strange ceremony, wrapped Bishop Eddie Long in a Torah scroll and crowned Eddie Long some kind of king. This of course upset to no small degree many traditional and orthodox Jews around the nation and possibly even the world. You can actually see this travesty on youtube.com–simply type in the search term Ralph Messer Torah Scroll Eddie Long and you’ll have a number of video clips that clearly show this incident. 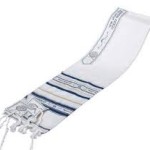 Other Christian leaders have taken it upon themselves to take hold of the ever burgeoning interest in the Jewish/Hebrew roots of the Christian Faith, taking it upon themselves to teach, preach, produce videos and CDs, and write books on the subject. The vast majority of content on the subject that these preachers are putting out to their flocks is based upon horribly twisted theology, doctrine and Jewish tradition and even mysticism that in the long-run serves only to severely damage their credibility as men and women of Yahovah/Yahweh/Yahuah or whatever name you refer to the God of Abraham, Isaac and Jacob by, and worse, lead their followers down a path of spiritual destruction.
The Eddie Long incident is an extreme example of what can go wrong when money and power hungry preachers and teachers see an opportunity to tap into a new trend that they identify as being of potential interest to the so-called Body of Christ. As more and more people who once identified themselves as Christians are leaving Christianity for various and sundry reasons–mainly because they’ve come to terms that Christianity is in and of itself hollow and it is an irrelevant aspect of their overall spiritual lives–these jack-legged preachers are finding themselves scrambling to come up with new, thought-provoking schemes and themes to capture the imaginations of their followers and to keep the cash-flow going.
In this multi-episode series of It’s Not As You Perceive, we explore and discuss one of the latest trends seemingly taking charismatic churchianity by storm in recent months–that being the Jewish Prayer Shawl. As you will see, the issue we will present to you in this series has nothing to do with Christians, or for that matter Jews, owning or using prayer shawls. The issue, as you will hear dear friends, is the false teachings and prophecies that these men and women of churchianity are putting out to their members and followers, potentially leading them astray. Seemingly gone are the days when sermons and teachings were based primarily on what is contained in the Bible. Instead, the sermons and teachings are geared toward appealing to the itchy ears, the greed, and desperation of believers looking for anything that their beloved religion could offer to make their unfulfilled lives match the ill-perceived abundant life that the Master promised to those who would be His disciples.
We warn you that a great deal of what you will hear in this series as being taught, preached and advocated by various preachers and teachers may disturb you as much as it disturbed us when we first heard it. If you are indeed disturbed, then it’s a sure bet that your spiritual discernment meter is properly functioning. After gaining a clear understanding of such false teaching, the challenge then becomes, what do we do with that which we’ve just learned? Let’s discuss and sort this thing out.
This is a combined episode of It’s Not As You Perceive, Episode 63 and Sabbath Thoughts & Reflections 25–The Prayer Shawl Controversy, Part 1.
References:
This entry was posted in Its Not As You Perceive Podcast Episodes and tagged benny hinn, bible, healing, Jesus Christ, john francis, john hagee, juanita bynum, mystery, prayer shawl, tallit, tassels, the hem of his garment, the woman with the issue of blood, tzitzits. Bookmark the permalink.
HTML Snippets Powered By : XYZScripts.com