Pentecost and the Gospel of the Kingdom of God Part 10

Our last lesson covered the Feast of Firstfruits for the barley harvest where we are commanded to bring a Wave Sheaf of barley for the priest to wave before Yahovah to be accepted for us. This sheaf is the first cut sheaf from the firstfruit harvest and represents the unleavened bread of life which is the body of Yahoshua; it is the Wave Sheaf offering. This day occurred on the first day of the week, the day after the Sabbath that falls within the week of the Feast of Unleavened Bread.

According to the law, the priest must also present a Heave offering as a gift to Yahovah, on behalf of the children of Israel. The gift must be offered with the Wave Sheaf offering. Now, as priest of Yahovah in his high priestly capacity, Yahoshua took a heave or gift offering on behalf of the children of Israel. This heave offering that Yahoshua presented to the Father, was the resurrected saints of old, the people who got up out of their graves and walked towards the holy city, Jerusalem. Many people saw and recognized them.

Here Yahoshua’s actions teach us that even as High Priest and in his glorified body after his death, burial and resurrection, Yahoshua continued to obey the law as stated in Deut. 16:16-17. This confirms that he never abolished the law of Yahovah but fulfill it. He fulfilled Yahovah’s instructions by being obedient to his Father in life unto death; and even after his resurrection from the dead.

How does Pentecost relate to the Gospel of the Kingdom?

Today’s lesson focuses on how the Gospel of the Kingdom of God relates to the Day of Pentecost. We will complete today’s lesson in two parts.

The feast of Pentecost is also known as the Feast of Weeks, Feast of Firstfruits, Feast of Harvests, and Shavuot. The name Pentecost is derived from the Greek word Pentekoste, which refers to the fiftieth day, in the count starting with the first day being the Wave Sheaf Day, to the fiftieth day being the Feast of Weeks. We are instructed by Yahovah on how to count these fifty days in Lev. 23:10-11, 15-17.

Lev 23:15-17 tells us how to count fifty days to Pentecost starting with Wave Sheaf Day: “And ye shall count unto you from the morrow after the Sabbath, from the day that ye brought the sheaf of the wave offering; seven Sabbaths shall be complete: 16 Even unto the morrow after the seventh Sabbath shall ye number fifty days; and ye shall offer a new meat offering unto the LORD. Ye shall bring out of your habitations two wave loaves of two tenth deals: they shall be of fine flour; they shall be baked with leaven; they are the firstfruits unto the LORD.” (Lev 23:15-17 KJV)

This tells us that, Pentecost, is to be the day after the seventh Sabbath (verses 15–16), which would be the 49 days  plus 1 day making fifty consecutive days after Firstfruits; and this too will fall on the first day of the week, Sunday.

It was on the Day of Pentecost that the nation of Israel was birthed at the foot of Mount Sinai. This day marks the day they received the Ten Commandments verbally from the mouth of Yahovah.  On this day they all heard the voice of Yahovah as He introduced Himself to them and told them His name is Yahovah. This is the day they heard for the first time, the Ten Commandments spoken from the mouth of Yahovah in an audible voice.  After hearing Yahovah’s voice, the leaders of the tribes of Israel went to Moses and vowed that they would obey all of Yahovah’s commandments and everything He said they must do; if only, He would speak to them through Moses, because they were frightened that they would die if they continued to hear His voice. (Exodus 20)

They had entered into a blood covenant with Yahovah to obey His voice and do whatever He commands. Yet, they quickly broke His commandments within days after their covenant with Him, qualifying them for the death penalty. At this point Israel had no peace with Yahovah.

After 40 years of traveling through the wilderness in temporary dwellings, under the protection and teachings of Yahovah, the nation of Israel took possession of the Promised Land. They lived in accordance to His Laws for a period but returned to disobedience after the death of Joshua and the Elders. Eventually, their sins had defiled the holy land and Yahovah had to exile them to Babylon in order to restore the holiness of the land in their absence. While in exile, they complained that Yahovah was unjust because they were being punished for the sins of their parents even though they were as guilty as their parents.

In His grace, Yahovah sent encouraging words through the prophets Jeremiah and Ezekiel, to them. He promised that He would make a new covenant with them, a covenant that would help them to obey Him. Through this new covenant, He would remove their old heart of stone and give them a new heart of flesh. He would also give them a new spirit; He would put His Spirit within them, and write His laws on their new heart of flesh and in their mind.  No longer would they look to the tablets of stone for His laws because it would be within them. His Spirit in them would help them to obey. This new covenant would re-establish peace between Israel and their God, Yahovah.  It would also provide them with the grace they needed to be able to respond to His love towards them.

After the destruction of the Temple that Solomon built, Yahovah made arrangements for the King of Babylon to be gracious to the Israelites, release them from their bondage and to return to their land. The King was instructed by Yahovah to rebuild the Temple unto Yahovah, so he gave time off and authority to Nehemiah and Ezra to receive resources, manpower, resources, safe passage and freed all Israelites to go home and join the workforce to build the Temple of Yahovah. He returned full inventory of all the temple furnishings to the Israelites for the furnishing of the Temple.

Through the instructions of the building of the Temple, the furnishings of the Temple and the ceremonies to be carried out in the Temple on His Feast Days; and on a daily basis, Yahovah taught the children of Israel about His new covenant that He planned to make with them. His lesson Plan had symbols and exercises pertaining to each symbol, to teach them about the New Covenant He would make with them. But their hearts were dull and they did not have eyes to see or ears to hear; so they did perceive the lessons they were being taught on a daily basis through their services in the temple.

Instead, they latched on to the steps of the process without understanding the significance of the meaning of each step and the symbols used in the process. The symbols were meant to be a shadow of the new covenant to come but they regarded the symbols as the reality instead of the shadow.

But, at His appointed time, he delivered on His promise of the new covenant to them.  It was in the year 28 AD, at Pentecost, the last spring feast after the death, burial, resurrection, and final ascension of Yahoshua that Yahovah fulfilled his promise of the new covenant.  Acts 2 records the event of when the Holy Spirit was poured out on the disciples and those who believed the gospel of the Kingdom of God. This outpouring was the baptism of the Holy Spirit and Fire.  Those who received this baptism received the new covenant which Yahovah had promised. This covenant was fulfilled through Yahoshua who told his disciples to wait in Jerusalem. In Luke 24:49 Yahoshua said, “And behold I send the promise of my Father upon you: but tarry ye in the city of Jerusalem, until ye be endued with power from on high.” So, the prophecies of the new covenant were fulfilled as the Holy Spirit was poured out on those who believed, repented and were baptized in the name of Yahoshua. On that day, the body of Messiah received an additional 3000 believers. 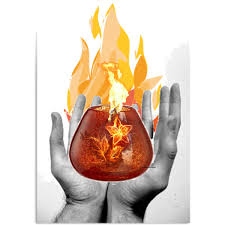 Pentecost and the Gospel of the Kingdom requires the infilling of the Holy Spirit as was given on the Day of Pentecost in Acts 2.

The change in each person’s heart, mind and spirit happens after they receive the baptism of the Holy Spirit. The following scriptures describe the change that happens:

Ezekiel 36:26-28 A new heart also will I give you, and a new spirit will I put within you: and I will take away the stony heart out of your flesh, and I will give you a heart of flesh. And I will put my spirit within you, and cause you to walk in my statutes, and ye shall keep my judgments, and do them. And ye shall dwell in the land that I gave to your fathers; and ye shall be my people, and I will be your God.

Jer 31:33 But this shall be the covenant that I will make with the house of Israel; After those days, saith the LORD, I will put my law in their inward parts, and write it in their hearts; and will be their God, and they shall be my people.

Jer 32:40 And I will make an everlasting covenant with them, that I will not turn away from them, to do them good; but I will put my fear in their hearts, that they shall not depart from me.

Jer 33:14 Behold, the days come, saith the LORD, that I will perform that good thing which I have promised unto the house of Israel and to the house of Judah.

Heb 8:10 For this is the covenant that I will make with the house of Israel after those days, saith the Lord; I will put my laws into their mind, and write them in their hearts: and I will be to them a God, and they shall be to me a people:

Heb 10:16 This is the covenant that I will make with them after those days, saith the Lord, I will put my laws into their hearts, and in their minds will I write them;

Heb 10:17 And their sins and iniquities will I remember no more.

Luke 24:49 Yahoshua said, “And behold I send the promise of my Father upon you: but tarry ye in the city of Jerusalem, until ye be endued with power from on high.”

I hope you were blessed with this lesson. We will complete this topic at a deeper level in our next lesson. Please feel free to leave me a comment. Shalom.