Episode 25–The Gospel Your Pastor Never Taught You, Part 1 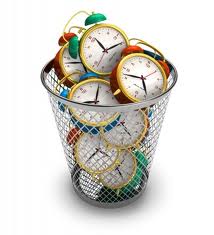 Recently, my mother-in-law asked me if I believe that my decades in the traditional Christian church were wasted. I told her, “Absolutely Not, because over the years I have memorized many scriptures so I it is easier for me to understand what I am being taught now because I can compare scripture with what is being taught; also, the Holy Spirit reminds me of scriptures that apply so I am like the Bereans in the sense of comparing what I am hearing to what the Bible says. Today when I see the televangelist that I believe are sincerely blind, I do not criticize and get angry at them; I pray for them because I was genuinely blinded by deception too.

That is why I believe discipleship is the best way to learn the Bible. I came to learn the value of Torah through different discipleship groups, after leaving the traditional Christian church.  When I received the gospel message in the traditional Christian church, I learned the good news about the death, burial, and resurrection of Jesus Christ. When I became a mature Christian and was active in church, I participated in spreading that gospel in many ways including street evangelism, to lead souls to Christ. The gospel message I delivered was centered on the death, burial and resurrection of Jesus, gift God gave us by coming down to earth to die for us in the form of His son Jesus Christ; and because of the death, burial and resurrection of Jesus Christ we can have eternal life.

That is why this subject is so important to me. I realize that there are people who are being led down the wrong path to hear Yahoshua say, “Depart from me I never knew you. They are digging a well that will never produce water and hoping for the rapture they will never be caught up in, looking forward to a heaven they will never see.  My prayer is that they will be awakened to the joy that comes from meeting Yahoshua who has the water of life and will give them living water from His well that never runs dry.

Parable of the Sower: He started with the parable of the Sower saying, “3b A sower went out to sow 4 And as he sowed, some seeds fell along the path, and the birds came and devoured them. 5 Other seeds fell on rocky ground, where they did not have much soil, and immediately they sprang up, since they had no depth of soil, 6 but when the sun rose they were scorched. And since they had no root, they withered away. 7 Other seeds fell among thorns, and the thorns grew up and choked them. 8 Other seeds fell on good soil and produced grain, some a hundredfold, some sixty, some thirty. 9 He who has ears let him hear.”

After hearing the first parable, the disciples went to Him and asked:

“Why do you speak to them in parables?” 11 And he answered them, “To you it has been given to know the secrets of the kingdom of heaven, but to them it has not been given. 12 For to the one who has, more will be given, and he will have an abundance, but from the one who has not, even what he has will be taken away. 13 This is why I speak to them in parable; because seeing they do not see, and hearing they do not hear, nor do they understand. 14 Indeed, in their case the prophecy of Isaiah is fulfilled that says: “You will indeed hear but never understand, and you will indeed see but never perceive.” 15 For this people’s heart has grown dull, and with their ears they can barely hear, and their eyes they have closed, lest they should see with their eyes and hear with their ears and understand with their heart and turn, and I would heal them.’ 16 But blessed are your eyes, for they see, and your ears, for they hear. 17 For truly, I say to you, many prophets and righteous people longed to see what you see, and did not see it, and to hear what you hear, and did not hear it.

INTERPRETATION OF THE PARABLE OF THE SOWER

“18Hear then the parable of the sower: 19 When anyone hears the word of the kingdom and does not understand it, the evil one comes and snatches away what has been sown in his heart. This is what was sown along the path.

20 As for what was sown on rocky ground, this is the one who hears the word and immediately receives it with joy, 21 yet he has no root in himself, but endures for a while, and when tribulation or persecution arises on account of the word, immediately he falls away.

22 As for what was sown among thorns, this is the one who hears the word, but the cares of the world and the deceitfulness of riches choke the word, and it proves unfruitful. 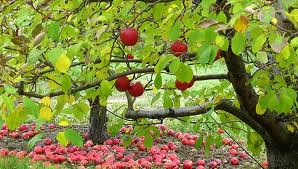 23 As for what was sown on good soil,this is the one who hears the word and understands it. He indeed bears fruit and yields, in one case a hundredfold, in another sixty, and in another thirty”.

As I read His interpretation I begin to see who the parabolic message was being hidden from. Let’s think about the mindset of the people who heard the messages Yahoshua preached, and see if any of them fit the different types of ground where the seeds fell.

First: we have the religious leaders: Scribes, Pharisees, Sadducees and Sanhedrin.  They were responsible for approving or endorsing the true Messiah so they had to listen to all His teachings and scrutinize them to decide whether or not He was the Messiah. The Scribes, Pharisees and Sadducees were responsible for taking word back to the Sanhedrin about His teachings to judge whether He was one of the many false Messiahs, or if He was the true Messiah. That is why they asked Him so many questions during His teachings because they had to determine if He was a true scholar and if He had a true understanding of Torah. But they were consumed with their deceitful love for wealth, control of the people and the power they enjoyed as they wheel and deal with the heads of the Roman government to create compromises to gain more influence, authority, wealth and worldly comforts. Therefore I deduce that they fit the category of path.

Second: This group was fitting for some of the Pharisees who heard His messages and wanted to follow Him but because of peer pressure from the other Pharisees they followed in secret or backed down because they couldn’t endure the harsh criticism of their peer and didn’t want to be excommunicated from the synagogue. Therefore, I deduce that this group fit the category of rocky ground.

Third:  this group is fitting of people in the crowds who were consumed with the cares of the world, due to the current political climate, living under Roman government. Their hope for political change and getting out from under such harsh conditions caused them to long for their sovereignty for political and economic reasons. Many of them probably followed Him expecting food from His miracles. Thus, they were hearing the message but they didn’t understand the meaning of it; so they were easily distracted and didn’t fully grasp the word of the kingdom. Consequently, the cares of the world choked the word of the kingdom they had received and did not bear fruit.  At His crucifixion, many people in the throng who chanted “crucify him” were probably the same people who heard His message and ate from the miracle of the fish and bread.  Judas Iscariot fits perfectly in this group because the deceitfulness of riches choked the word and he became unfruitful. I deduce that this group fit the category of seeds sown among thorns

Fourth:  this group is fitting for the eleven disciples, and other disciples not named among the twelve. They hear the word and understand it. He indeed bears fruit and yields, in one case a hundredfold, in another sixty, and in another thirty”. This increase in fruit came as they went out to make disciples as Yahoshua had commanded them. They were able to endure persecution and tribulation unto death because their root system was deeply rooted in good soil. I deduce that this group fit the category of good soil.

It appears that this first leg of the ministry of Yahoshua is a covert mission. Based on His interpretation of this parable, He has called or recruited a group of people whose hearts and minds are ready to receive His teachings about the government and the lifestyle of the Kingdom of Heaven, and to be trained and developed to carry out the word of the kingdom.  Their teacher is Yahoshua, who is teaching them about the Torah. In turn they will become teachers of the Torah and they increase 100 fold, 60 and 30. The Holy Spirit and fire baptism refines them and empowers them to become bold and courageous to teach the nations of the world about the Torah and rightly interpreting each law in Torah for their understanding; just as we saw on the day of Pentecost in Acts 2.

This entry was posted in Blog Posts and tagged good soil, gospel, gospel of the kingdom, kingdom of heaven, kingdomof God, Matthew 13, Parable discourse, parable of the sower, rocky soil, seeds among thorns, sower went out to sow seeds, the path, word of the kingdom, Yahoshua, Yeshua. Bookmark the permalink.