The Origin of Easter–A Perception Minute 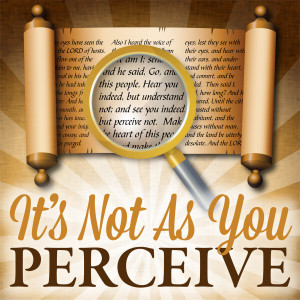 Christians may be surprised that what they hold dear and holy is built entirely upon paganism. History tells us that the origin of Easter dates back to the story of Nimrod, a mighty leader of the post flood world who was revered as the Sun God after his death. (in Genesis 10) According to the story, Nimrod’s wife, Semiramus, known as Beltus in other nations, was impregnated by the rays of the Sun God–yes, her dead husband Nimrod–and gave birth to a son, Tammuz, on December 25th. Semiramus identified the child as the reincarnated Nimrod. At the age of forty, Tammuz (or Mithra for the Romans; Zeus for the Greeks; and Ra for the Egyptians) was killed when he was gored by a wild boar.

Ezekiel 8:14 tells us Tammuz’ death was mourned for 40 days (known today as Lent), one day for each year of his life. At the end of the 40-days, a wild boar would be killed and eaten (known today as the Easter ham).

Semiramus was said to have ascended into heaven upon her death. Ultimately, she was reborn, returned to earth in a giant egg that landed in the Euphrates River on the first Sunday after the vernal equinox at sunrise. She emerged from the egg as Astarte, the goddess of fertility who turned a bird into an egg-laying rabbit.

In worship of the fertility goddess, the priests of Astarte would impregnate virgins on the altar of Astarte. Twelve-months later the 3-month old babies would be sacrificed to Astarte, and eggs were dyed in the blood of the babies’ (today this is reenacted by the dying of Easter eggs).

Now, do you still have the same perception of holy Easter that you had before?

This entry was posted in Its Not As You Perceive Podcast Episodes and tagged Astarte, Bunny Rabbits, Christian, Easter, Easter eggs, Lent, Nimrod, Semiramus, Tammuz. Bookmark the permalink.
HTML Snippets Powered By : XYZScripts.com